An FX Tile can be changed into a volume ladder for a particular currency pair using the menu icon: 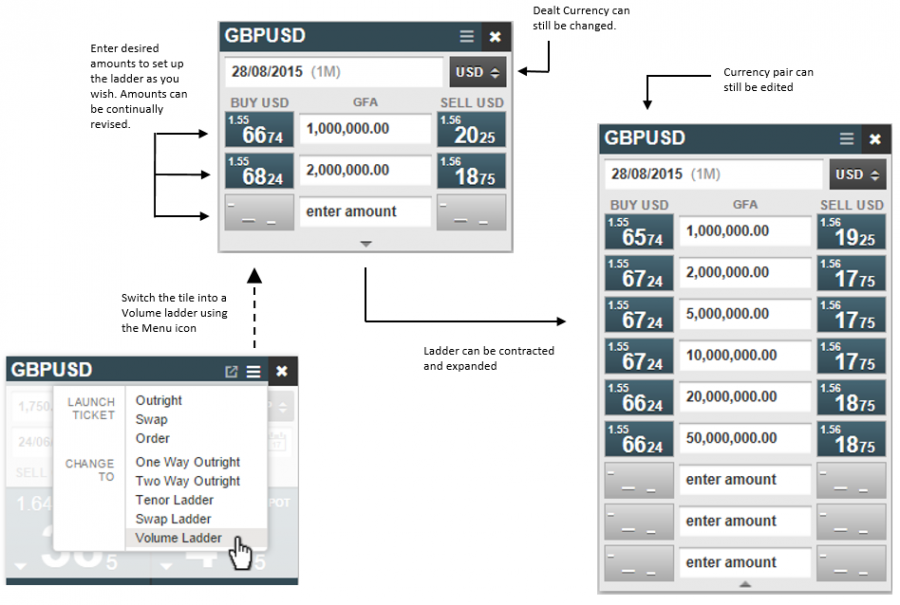 Execute trades with a Volume ladder

Click a on a buy or sell rate to execute a trade: 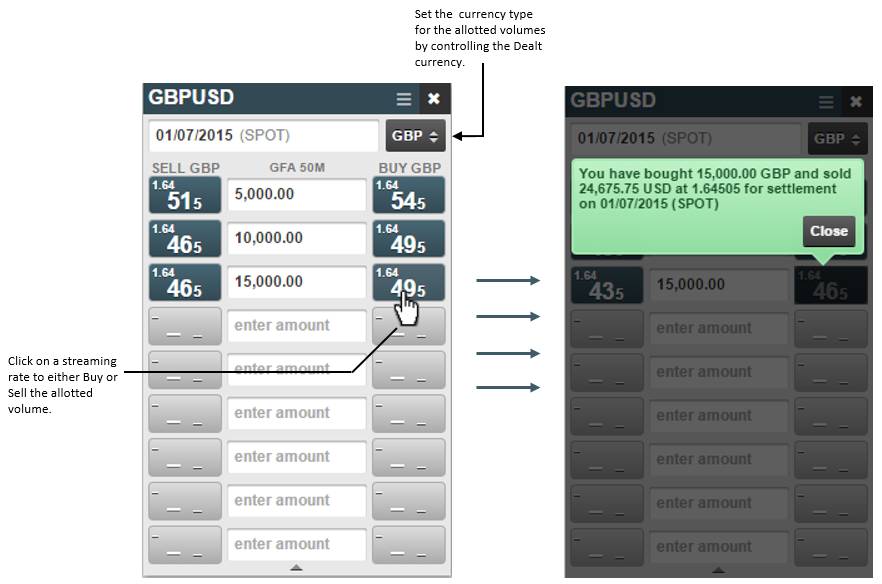 A Tenor ladder displays a set of prearranged Tenor dates for quickly executing Forward trades. Alongside each Tenor date are the respective Buy/ Sell rates, these rates represent the All-in rate, or the outright rate given the associated Tenor. The rates are indicative of the current Spot rate plus the estimated forward points i.e. how much the Spot rate is likely to change over the Tenor (1 week, 1 year etc.).

As with Volume ladders, an FX Tile can also be switched into a Tenor ladder using the menu icon: 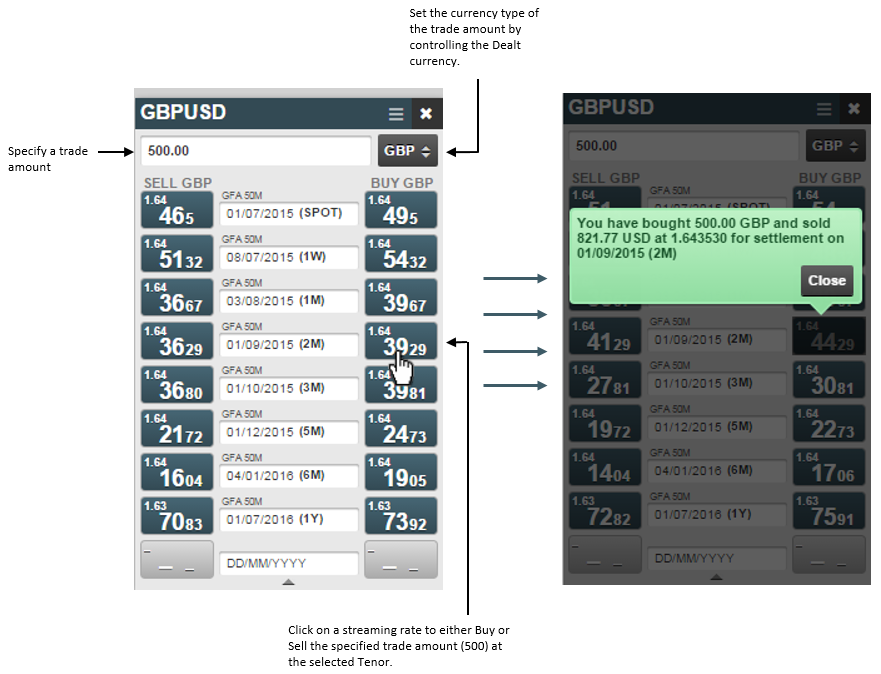 Execute trades with a Tenor ladder

You can click on a rate to execute a Forward trade immediately; the rate clicked will be used as the agreed rate when settlement takes place at the given Tenor:

An FX Tile can be switched into a Swap ladder using the menu icon: 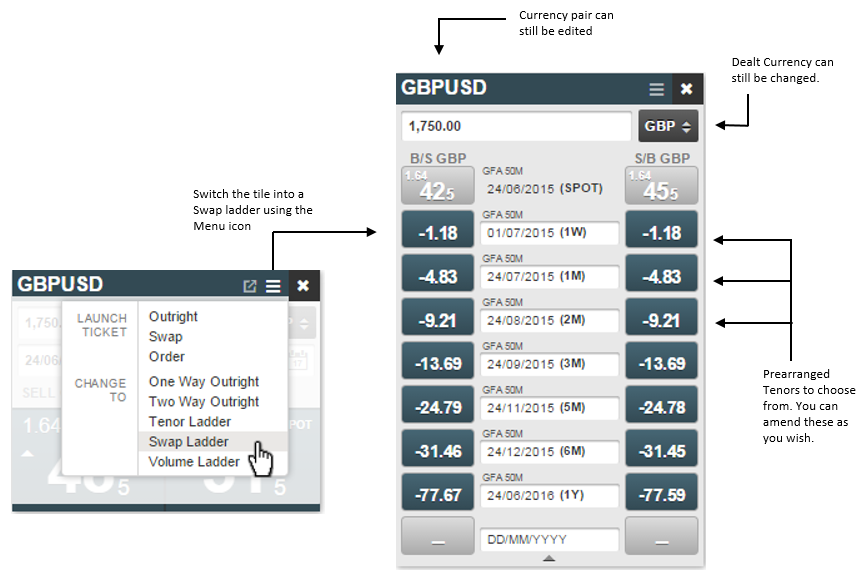 Execute trades with a Swap ladder

The execution of Swap trades are not handled by FX Tiles, instead Swap execution is done using other components within the FX Professional web app. These components are known as Trade Tickets - documentation on tickets will be made available soon.