Connecting to Liberator from behind an HTTP proxy server

We recommend that clients behind HTTP proxies use HTTPS to connect to Liberator.

Using HTTPS is important not only for security, but also because it changes how traffic passes through the proxy. In HTTP communication, the proxy acts as an intermediary; in HTTPS transactions, the proxy commonly acts as a tunnel.

Tunnels are the optimum way for clients to establish a streaming connection to Liberator via a proxy. When a proxy acts as a tunnel, it is no longer considered a party in the communication between client and server. The proxy blindly passes traffic between the client and Liberator.

Hosting Liberator behind a proxy server

Your organisation may have security policies that route incoming network traffic (typically from the Internet) to a server located in a DMZ. Such a "reverse proxy" server typically acts as a firewall, hiding the details of the Web servers from the Internet clients. It may also be used as a load balancer to distribute the incoming traffic across the available web servers. Although it is possible to use a reverse proxy in front of a set of Liberator servers, this is not recommended, for the following reasons:

Configure the reverse proxy server so that it recognises each Liberator as having a different IP address / hostname, rather than treating all Liberators as having the same virtual IP address / hostname. This allows the StreamLink library in the client to address each Liberator separately. See the following diagram, where the two Liberators have virtual IP addresses liberator-a.example.com and liberator-b.example.com respectively: 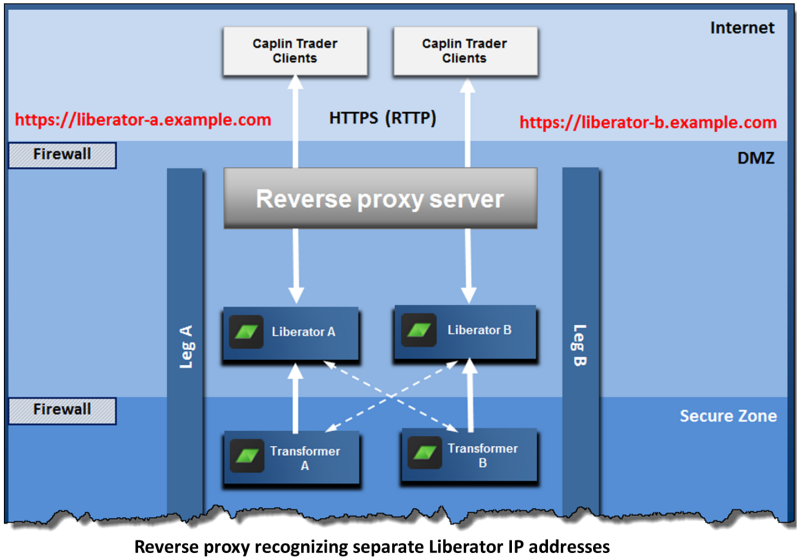 Alternatively, install a reverse proxy server for each Liberator, as shown in the following diagram. Each proxy server has a different IP address, which is the virtual IP address of the single Liberator behind it. 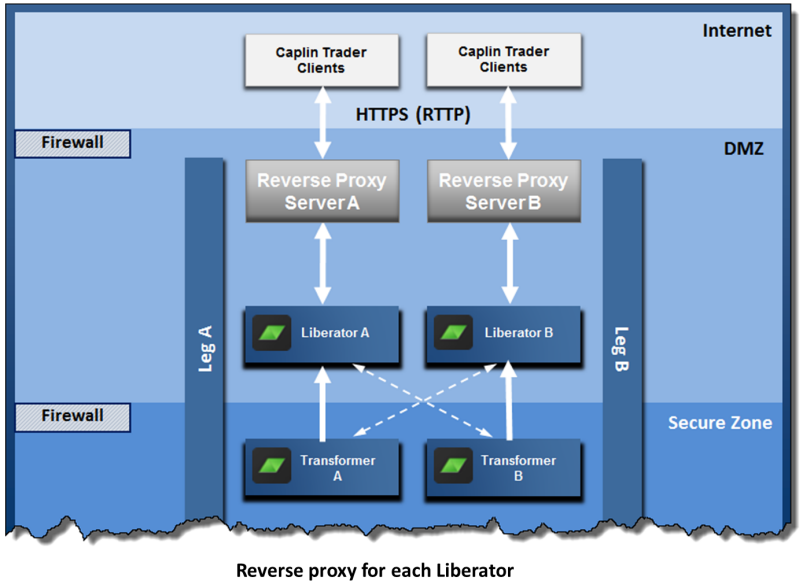