FX Sales provides sales traders with a rich user interface for monitoring automatic pricing and intervening with a manual price when required.

The Active Deals Blotter is the interface through which sales traders monitor all active deals in the system.

Deals that have completed are removed from the Active Deals Blotter five seconds after completion.

The Historic Deals Blotter displays all trades that are in a terminal state:

You can launch confirmation tickets from all tickets in the Historic Blotter.

FX Sales provides tickets for intervening in the pricing of six product types. 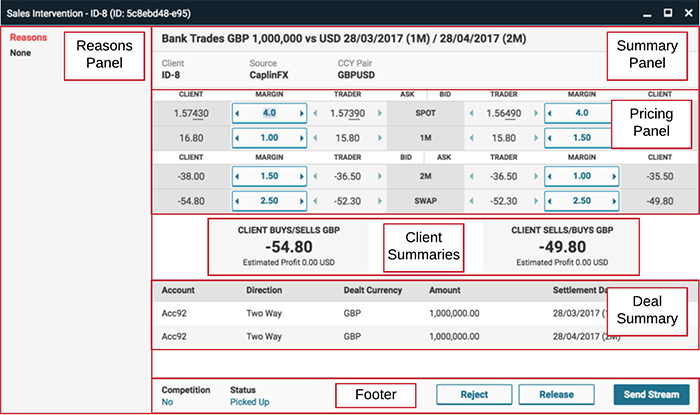 There are six different interfaces, depending on the type of product traded:

The spot ticket is illustrated below: 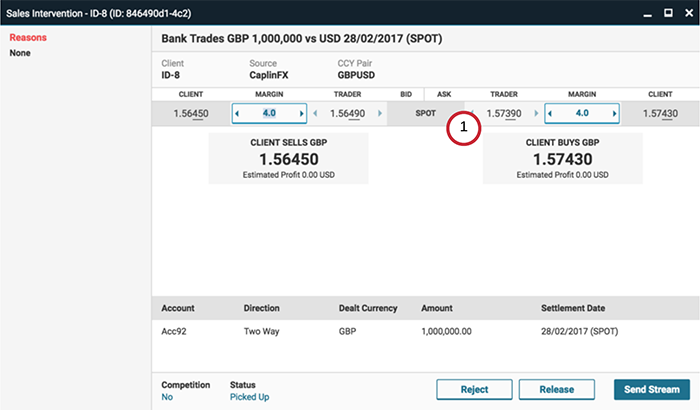 The spot ticket’s pricing panel consists of a single row (1).

The forward ticket is illustrated below: 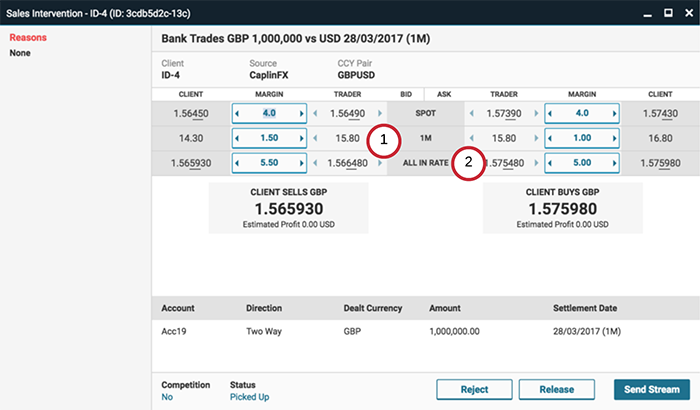 The forward ticket is similar to the spot ticket, but includes two extra rows in the pricing panel:

The non-deliverable forward ticket is illustrated below: 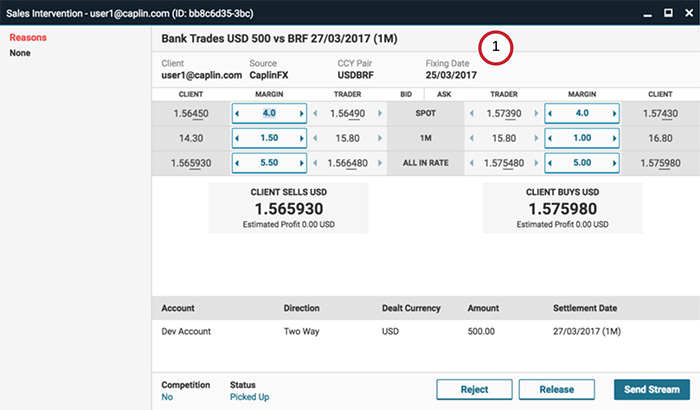 The flexible-forward ticket is illustrated below: 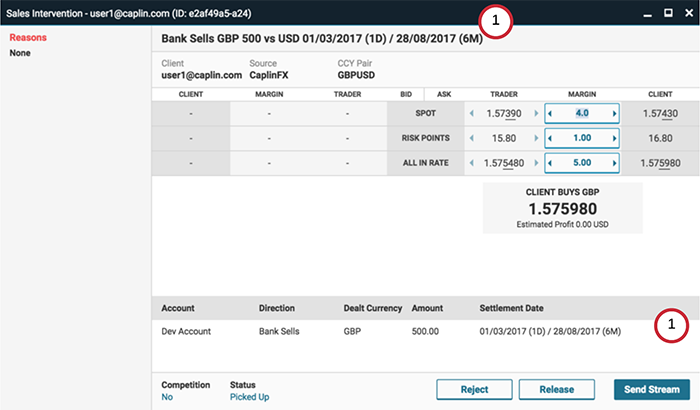 The spot-forward swap ticket is illustrated below: 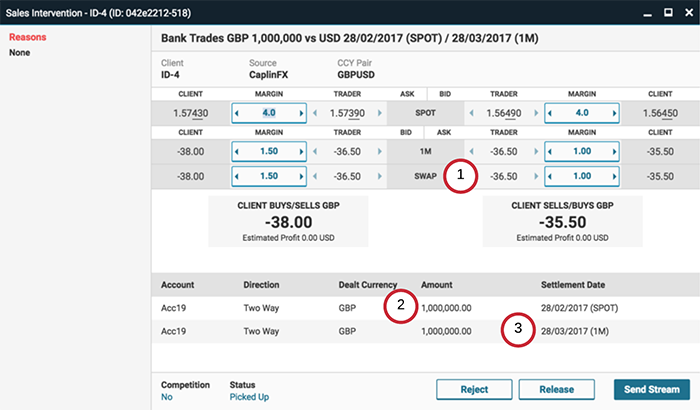 The Deal Summary displays the direction and settlement dates for the near leg (2) and far leg (3) of the swap.

The Pricing Panel displays the swap points (1), as does the Client Summary.

The block trade ticket is illustrated below:

The block trade ticket has a different Deals Panel (1) to the other tickets. The panel comprises two tabs: Legs and Deal Breakdown.

When the Legs tab is selected (as above), the Deals Panel displays the deals in the block trade netted by tenor. Clicking a netted row in the panel populates the Pricing Panel for that tenor, and allows the sales trader to change the rate and margin for all deals under that tenor.

You can perform the following actions with a Sales Intervention ticket:

Send a stream of quotes to the client

By default the ticket is provisioned with a streaming trader rate. To send a streaming rate to the client:

Send a single quote to the client

To send a single quote to the client:

To withdraw a live quote with a client, click Withdraw. The ticket will return to pricing mode, and you can then perform one of the following actions:

To release the ticket for other sales traders to pickup, click Release.

To reject the ticket (and the quote request it represents), click Reject.